Brian O’Leary, publishing expert, weighs in on news and insights from the publishing and content marketing industry. Read the articles below that include publications like The New York Times.

“What the Hachette-Amazon pas-de-trois means”
In Porter Anderson’s article, Brian O’Leary comments on Hachette Book Group’s agreement to buy Perseus Books Group – and to then sell the distribution units of Perseus to Ingram Content Group. —June 25 2014

A Perspective on the Platform Approach
“DailyWorth’s spin on the platform approach”, by Lucia Moses on Digiday.com. —June 18 2014

Preview in Klopotek
“An architecture of collaboration: A preview”. —April 2014

Print on Demand
“LightningSource and print on demand: ‘Cost savings breakthrough for publishers’”, by Ava Seave, writing for Forbes.com.—December 23 2013

Owning Up
“Businessman closes product, community outraged! The death of Tools of Change”, by David Smith, writing for Scholarly Kitchen. —May 9 2013

The Impact of Abundance
Talking with Copyright Clearance Center’s Chris Kenneally about the impact of abundance on content models. —April 15 2013

An experiment
Appearing in Publishers Weekly, an op-ed piece by Brian O’Leary suggests that Amazon’s “free book” program for its Prime subscribers offers publishers an opportunity to extend the range of tests they have already been doing to establish the value of free content as a promotional tool. —November 25 2011

HarperStudio on Tools of Change (and Digital Printing)
Debbie Stier talks about things she learned TOC 2010, starting with an unplanned visit to our session on digital printing. —February 26 2010

Digital printing (a TOC workshop)
Ashley Gordon and Brian O’Leary co-presenting a workshop on digital printing at the 2010 Tools of Change conference. —February 23 2010

Free content can promote paid sales
The NY Times looks at using free content, quotes Brian O’Leary (okay, briefly, but Motoko Rich got many others on record, so read it!) —January 23 2010

Even the most pirated e-books won’t bring publishing down
At BNET, Lydia Dishman parses the impact of TorrentFreak’s list of the “most pirated” books —January 12 2010

Podcast interview with David Wilk
An interview that starts with piracy and then heads west. —December 29 2009

If eBooks Are the Future, Do Publishers Have a Plan?
Fast Company tackles the e-book question, interviewing several people, including Mike Shatzkin and Brian O’Leary.—November 24 2009

Savikas responds to TOC criticism
A trade house executive feels our work is “misleadingly skewed” and that “no attempt was made to suggest how different the patterns might be for a mass market.” —October 16 2009

“The piracy issue was dealt with very poorly”
Equal time: concerns from some trade publishers about the piracy research. —October 15 2009

Thoughts at an NYU panel on the future of publishing
Moderated by Mike Shatzkin, the panel ranged widely. Brian O’Leary spoke about the use of print-on-demand technology. —July 19 2009

DRM, Piracy and the Concept of Free in Book Publishing
Books On The Radio writing about a piracy podcast with Kirk Biglione (links to the original podcast) —July 14 2009

A C-SPAN moment in time
Before Magellan, Brian had a somewhat different day job. —February 14 1991 Connect and converse with Brian on LinkedIn. Share your ideas, opinions and experiences to get in on the content conversation. 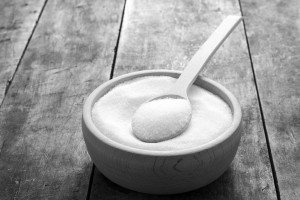 Want To Be An Effective Content Marketer? Deliver More Than A Spoonful Of Sugar Perspectives On The Road Ahead For Publishers (And Publishing)